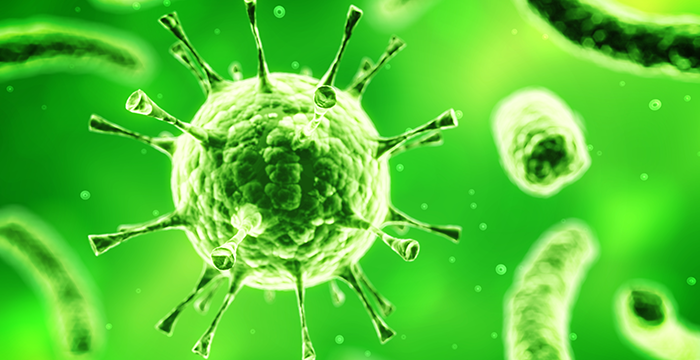 As the stock markets are well known, they are the most profitable financial assets that exist in the long term by providing the investor with the wealth created by the companies. Which is the largest possible to which one can aspire. As is well known, the problem lies in the fact that stock markets never rise in a straight line, instead of it what they do so by oscillating with their characteristic saw teeth. What we call volatility measures the magnitude of these oscillations and it takes a special temper to be able to live with it.

In a deep research, we conducted on the American S&P 500 index, one of the most stable and least volatile indices in the world, with data from 1995. We observe that every year, on average, 2.6 saw teeth have being happened. We understand by saw tooth a decline in the stock market of at least 7%, compared to the maximum level reached before it occurs. The average decrease in them is -12.4%, and has an average duration of about 29 days.

We also know that the full recovery of these stock market declines is, in 80% of cases, very fast. This is a reflection that the stock market is scared most of the time without reason, and rectifies returning to the previous situation in a very short time.

In recent days, the market has suffered one of these regular episodes. From the highs of the year in the middle of February until the time of writing this note, the S & P500 index has fallen by -12.9% and the Eurostoxx50 index by -13.8%. In other words, the decrease that has occurred so far corresponds to the average descent of any saw tooth.

The theoretical reason, in this particular case, corresponds to the virus called Covid-19. Although the impact has been general for all stock markets, this has been even higher in the case of the tourism sector, more exposed on paper to the cancellation of flights, hotels, etc,

In each of this saw teeth, the question we must face is whether it is a saw tooth of 80% that recover quickly, or one of the 20% that recover slowly. The answer to this question, in this case, is to consider whether Covid-19 will remain in a simple threat of it or will actually become a pandemic.

Pandemic or threat of Pandemic?

A pandemic is distinguished by being a disease that spreads worldwide and attacks almost all individuals. Lacking immunity against the new virus can seriously affect a very large number of people.

In the history of humankind, there have been various pandemics, relatively far apart in time. From those that have historically been the deadliest for the world population, such as smallpox or measles, to the last in importance that was the Spanish flu of 1918 that is estimated to have killed around 40 million people throughout the world.

The stock market behaviour in the different threats of pandemic is very recurrent, and is characterized by a sharp and sudden decline, which is followed by a very strong and rapid recovery.

Covid-19 is a new virus, and as such unknown. However, what is known, are its first effects. On the one hand, 2,800 people worldwide have been killed so far, 98% of whom have been in China. It is known that the mortality rate in China is being around 3.5%, and outside China its lower, around 1.5%. It is also known that its final mortality rate will finally be lower than these figures and there are some calculations that place it around 1%. It is also known that it affects more certain groups that are also the most affected by the so-called seasonal flu, such as older people.

According to the World Health Organization, seasonal or common flu is the cause every year of death worldwide among 300,000 people and 600,000 people. Although Covid-19 has a higher mortality rate than influenza (0.1%), it has a lower infection rate, and of course, the current figures are light years away from any pandemic consideration.

We could say, with the data available so far, that we are more facing a threat of a pandemic than a pandemic. In addition, although this virus is new, it is known that the influenza virus prefers cold to heat, which is associated more with winter than summer, and which changes hemisphere every year, which is not trivial given the dates in which we meet.

In general, in the previous cases of pandemic threats, the impact of these situations on business activities has been very punctual. While it is true that there are, at the outset, cancellations of vacations, air flights or hotels, we know that it usually responds largely to the social alarm that is created from the start. Can you imagine what would happen if every day we had in the media the information of people infected with the seasonal flu virus and people killed by it distributed by countries? Fortunately, it is not like that.

The news that comes to us from China, whose maximum viral phase occurred a few weeks ago, is that the recovery of industrial activity is being very fast. Fortunately, the ability to recover the activity is usually very strong. Who cancelled his trip in February, can do it in April; who cancelled a hotel in March, may go to it in May; Who says he will never hire a cruise for the recent episode of the Yokohama cruise, may remember that he had said the same thing when Costa Concordia had his accident off the Italian coast, and so on. Human beans forgot about it sooner than later. The ability to regenerate human activity is spectacular. I still remember the impression I had of seeing the Ramblas of Barcelona full of people, both tourists and locals, a few days after the terrorist attack.

We must also consider that these events have occurred in the winter of the northern hemisphere. Especially now in the phase of holiday activity of less intensity, low season. The true measure of the affectation will not be seen now, different case if its spring / summer.

We know that in the media bad news sells much more than the good news. We also know the journalistic importance of the «clicks» made in the headlines. However, we also know how fast the centres of interest in the media change. In a few weeks, when the audience is saturated with the issue, we do not expect the media to talk more about Covid-19. Historically, in pandemic threats, the most appropriate investment attitude has been to invest while the news was still in the media.

If the final affectation for companies activity for 2020 of the tourist companies is more than debatable to this day, how cannot be especially when we still in 1Q, late February. Nowadays the real impact on the valuation of any company is even smaller.

The question is the following: What value does a hotel lose, for example, due to the fact that it had less activity than normal for a couple of months, even assuming that it did not recover in the same year? Very little or nothing, fortunately the value of a company depends on its ability to generate benefits over time, and the activity of a couple of months is irrelevant for the valuation of any company.

In the GVC Gaesco 300 Places Worldwide fund, we invest in all those companies that provide services to the global tourist. That is, national A travels to country B to do tourism. This implies that in the portfolio of GVC Gaesco 300 Places Worldwide we have all kinds of companies. From which they carry out an activity potentially more exposed to the supposed effects of Covid-19, to which they have an activity with hardly any direct relationship with the same.

Throughout this week, we have been especially active in fund management. Reducing the weights of those companies with a lower potential impact, companies such as Central Japan Railway, Starbucks, Atlantia, Autogrill or Visa, among others. In addition, increasing it in those with the greatest potential impact, such as in various hotel, airline or cruise companies. The objective of this strategic movement is clear: to ensure the rapid recovery of the saw tooth, which we expect will occur in the coming weeks, increase in the fund exceeds the previous decrease. Final net asset value is greater than existing before the decrease when the market recovers the starting levels.

To our knowledge, the GVC Gaesco 300 Worldwide fund is not only a great investment option now, given the obvious low multiples with which its companies are listed, but also probably the best option for the recovery of the movement of the saw tooth.

On this occasion, and given the circumstances, we think that the greatest opportunity today is in this fund. On another occasion, when the saw tooth responds to a different theoretical cause, it is probably found in another fund.